How did you connect to YUAN TZE and start working with him?

Yuan Tze and I met in Wellington when I was doing my last year of the four-year study in Traditional Chinese Medicine in 2002. Yuan Tze had just come from China at that time. My classmates from my TCM school went to his Qigong class and came back and told me that this teacher needed a translator. So somehow Yuan Tze and I got in touch with each other and we held a one-day workshop at my Chinese medicine school, just for Yuan Tze to test me out (laughs), and apparently I passed the test. So I started to work for him, interpreting for his classes.

When did the idea of founding REN XUE start?

Yuan Tze’s idea of creating a system started long before he came to New Zealand. In the many years he used Qigong and Qi healing to help people, he came to see the limitation of these modalities and hence the need for a comprehensive system that can help people understand life, deal with problems at the root level and uplift life.

In 2003 we created a new center in Wellington and he started to offer Ren Xue teachings.

In 2013, Yuan Tze decided to organize all the teachings into the three foundational Ren Xue theories (the theory of Qi, the theory of consciousness and the theory of totality) and created two application systems – Yuan Gong (a new Qigong system) and Yuan Ming (a new healing modality). All these were formally taught in the 6-year teacher training.

In 2018, with the completion of this training, we can say the Ren Xue system was established.

Connect with the Ren Xue Community and join Yuan Tze and Melissa for their next online events. 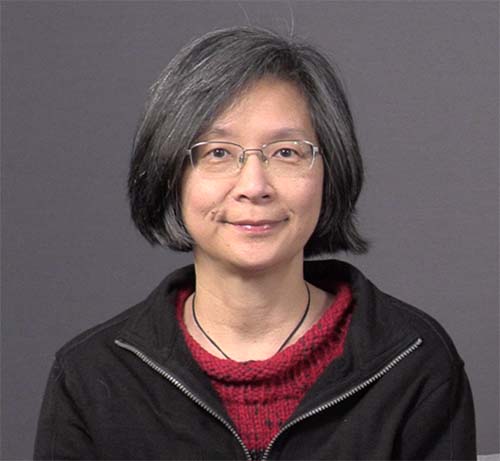 Growing up in Taipei, Taiwan, I had a keen interest in learning English and personal growth. In 1992, I moved to Wellington, New Zealand where I began studying Traditional Chinese Medicine. In 2002, I met Yuan Tze and became his interpreter. Ren Xue has since become the most important part of my life, providing me the foundation for understanding myself and working for my growth. What amazes me is that in all these years Ren Xue teachings have continued to broaden and deepen to help move the practitioners forward. The greatest blessing of my life is to help deliver Ren Xue to the world and have a Ren Xue family to grow together with.

When you saw the film ALREADY FREE where two of your students tell their own story, how did that feel to you?

Wow, of course, that was really amazing! When Yuan Tze taught Level 5 teacher training in 2017 – because it wasn’t until Level 6 teacher training that the topic of realization and wisdom and enlightenment was the focus – he didn’t expect that straight after Level 5 two teachers would actually become enlightened. So he was a bit surprised and very happy that Level 5 training worked so well. But at the same time, it was kind of expected because this is what he intends for REN XUE. He wants to help people reach that level. He also knew there would be more and more coming. It was at a Ren Xue retreat in California when we first saw a part of the film. Although the team had only 20 minutes ready to show, it was amazing. We were so touched. The filming team did a great job and they really put their hearts into the work. We liked the film from the very beginning. We shot the part with Yuan Tze at Wonder Valley at the end of a retreat there, and that was just an amazing experience for me to be with three very very special people walking together, sitting down at the table and talking together. And what Yuan Tze said at that time, which was put into the film towards the end was really really powerful. For us that was the point of the film – to inspire humanity to make the right choice and go in the right direction.

Germany
Exploring the human heart and soul is my greatest passion. Working as an actress I try to understand the complexity of life as a whole, especially interpersonal relationships which are often driven by personal needs, patterns and emotions. By practicing Yuan Qigong and Ren Xue my own life continues to develop as I cultivate better health, strength, calmness and joie de vivre in everyday life. Are you curious about the wonders of life, too? Then let’s explore it together!